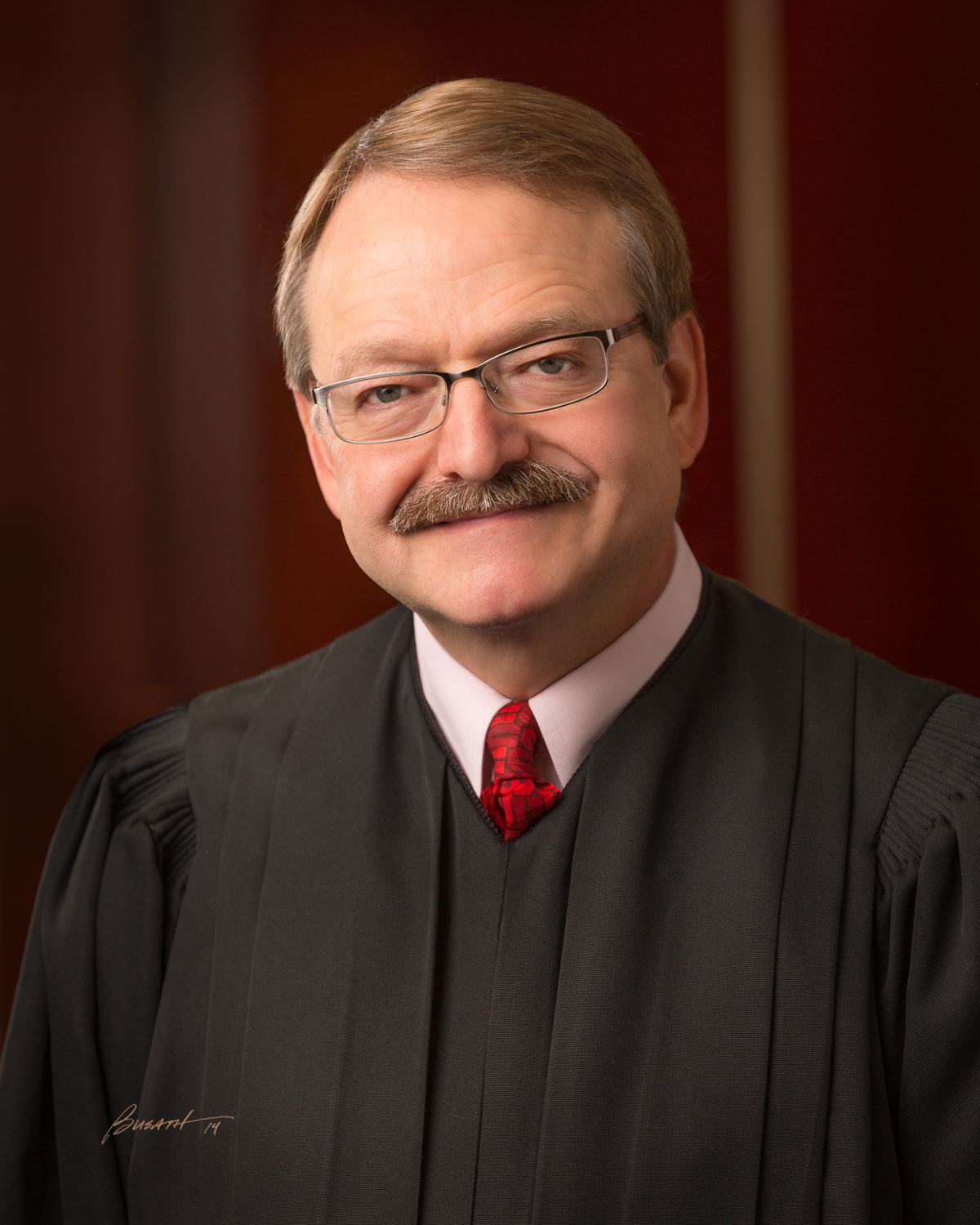 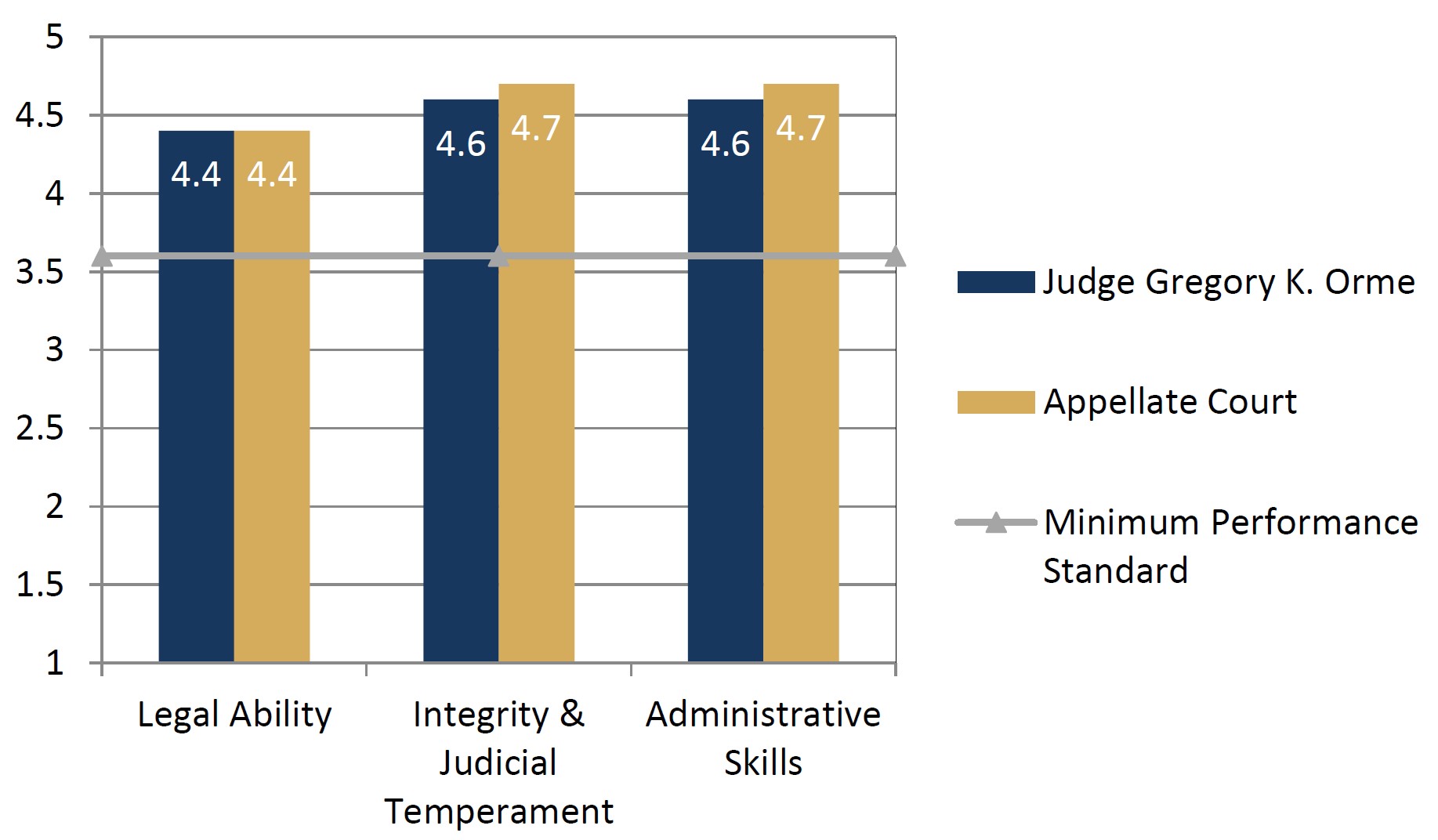 Appointed in 1987, Judge Gregory Orme’s scores are consistent with his appellate court peers on all scored minimum performance standards. Ninety-one percent of survey respondents recommend him for retention. Several respondents value the judge’s respectful demeanor, describing the judge as kind and courteous, and as someone who generally authors well-reasoned opinions. This judge meets discipline standards set by statute and has been certified by the Judicial Council as meeting all time standards, education requirements, and mental and physical competence standards.

Judge Gregory K. Orme, who grew up in Ogden, is the court’s Presiding Judge. He graduated from the University of Utah, magna cum laude, in 1975. Three years later, he received his law degree, with high honors, from George Washington University in Washington D.C. In 1987, after several years in private law practice in Salt Lake City, he was appointed to the Utah Court of Appeals by Gov. Norm Bangerter. He has been on the court continuously since then, during which time he served an earlier term as the court’s Presiding Judge and four terms as the court’s representative on the Utah Judicial Council. He also served for twelve years on the Utah Sentencing Commission. Judge Orme received the Utah State Bar’s award for Young Lawyer of the Year in 1986 and its award for Judge of the Year in 2007. He received the Judicial Excellence award, presented by Utah State Bar’s Litigation Section, each of the last three years.