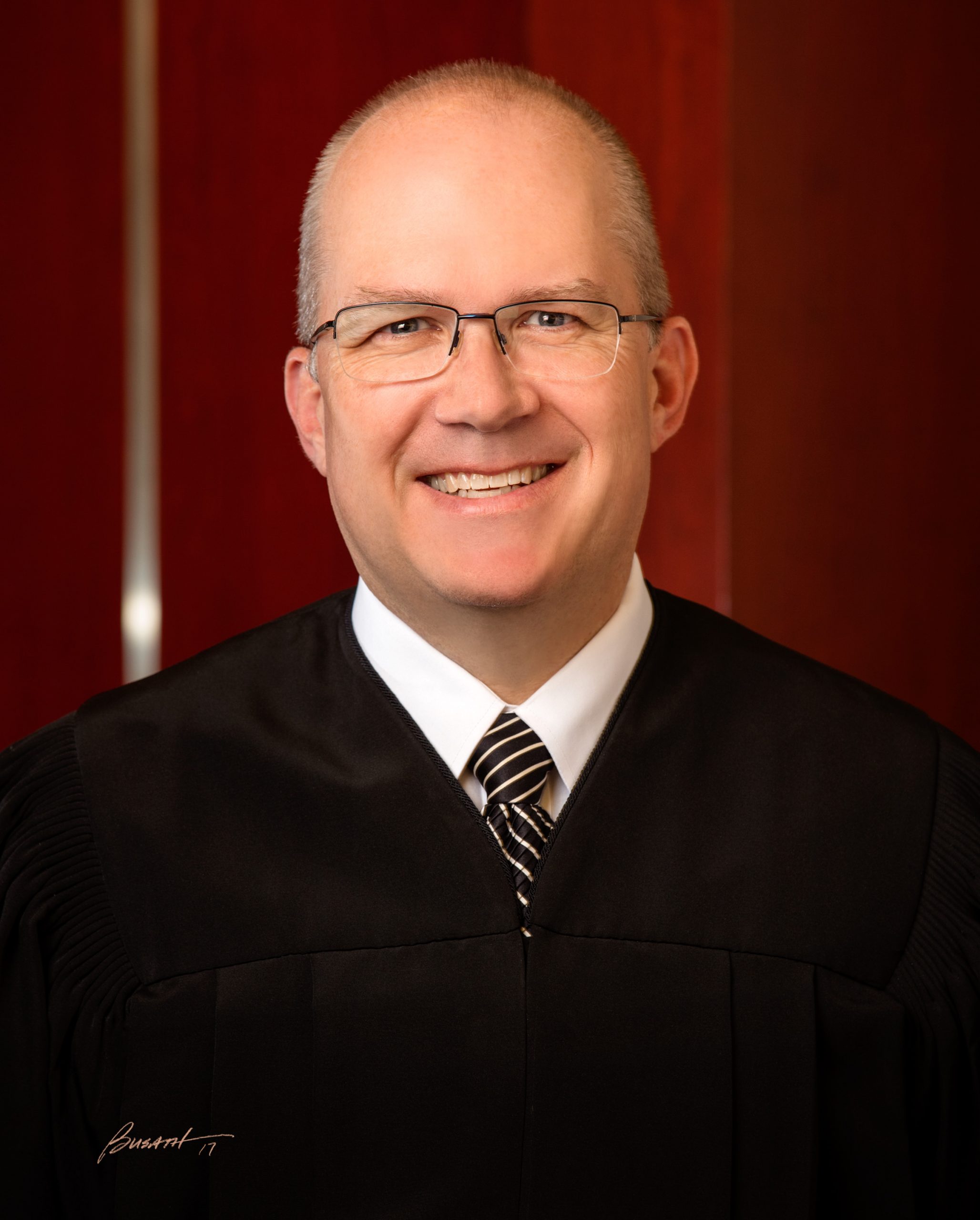 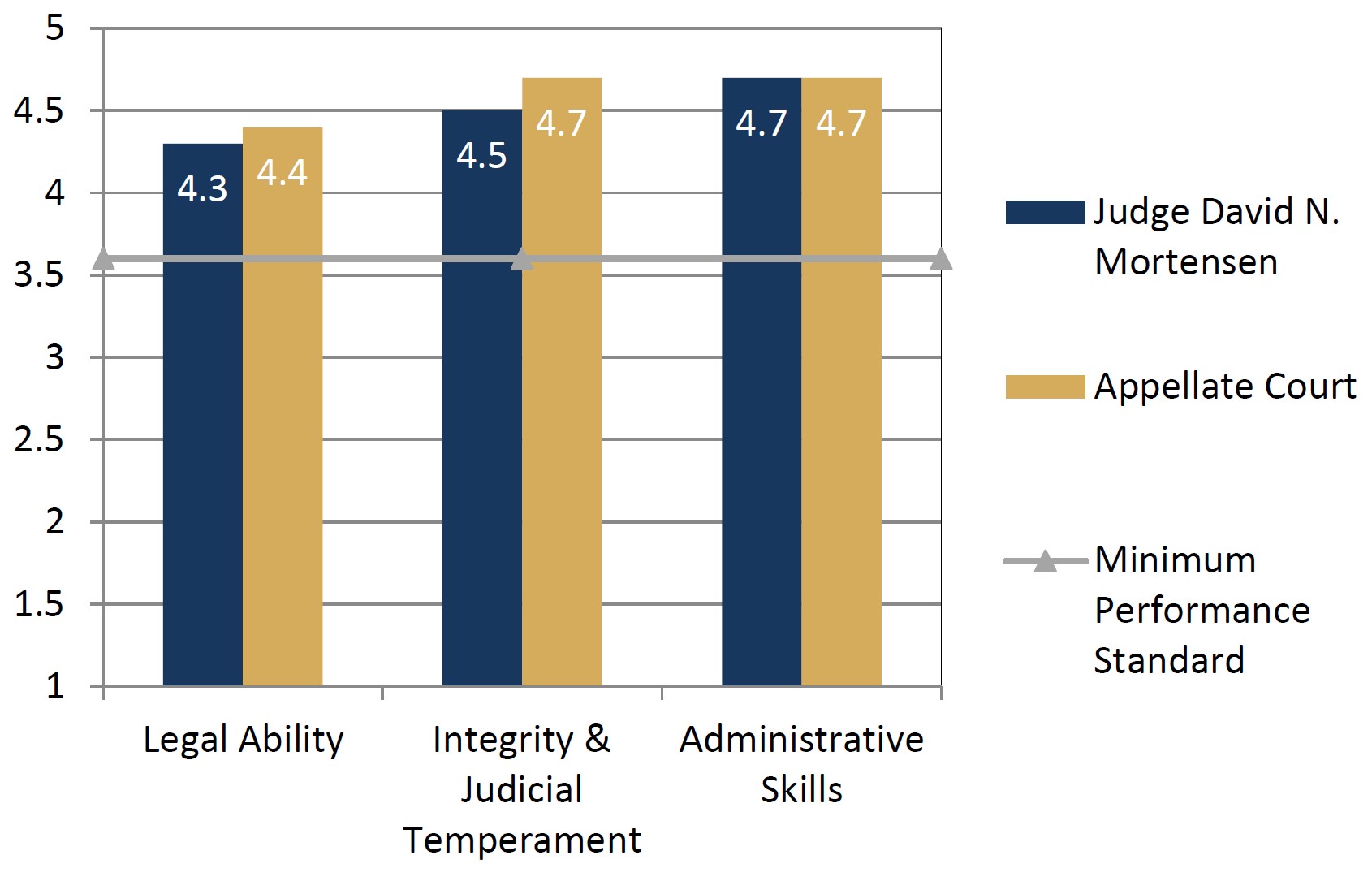 Appointed to the Utah Court of Appeals in 2016, Judge David Mortensen’s scores are consistent with his appellate court peers on all scored minimum performance standards. Eighty-eight percent of survey respondents recommend him for retention. Respondents find the judge to be engaging and intelligent. They admire the judge’s thoughtfulness and “command of the law.” However, a few express concern with the tone of his opinions, describing them as “flippant” and overly rhetorical. This judge meets discipline standards set by statute and has been certified by the Judicial Council as meeting all time standards, education requirements, and mental and physical competence standards.

Judge David N. Mortensen was appointed to the Utah Court of Appeals in May 2016 by Gov. Gary R. Herbert.  Prior to his appointment, Judge Mortensen served as a trial judge in the Fourth District Court for almost ten years where he served multiple terms as the presiding judge and associate presiding judge. He graduated from the J. Reuben Clark Law School at Brigham Young University in 1993. He was in private practice as a trial attorney before becoming a judge. Judge Mortensen previously served as a member of the Utah Judicial Council and the Board of District Court Judges.  He is currently the chair of the Court Facilities Planning Committee and is a member of the Utah State Court’s Technology Committee. Judge Mortensen serves on the Judicial Conduct Commission. In addition, he is a member of the A. Sherman Christensen Inn of Court. Judge Mortensen received the 2016 Distinguished Service Award from the Government and Politics Legal Society of the J. Reuben Clark Law School.