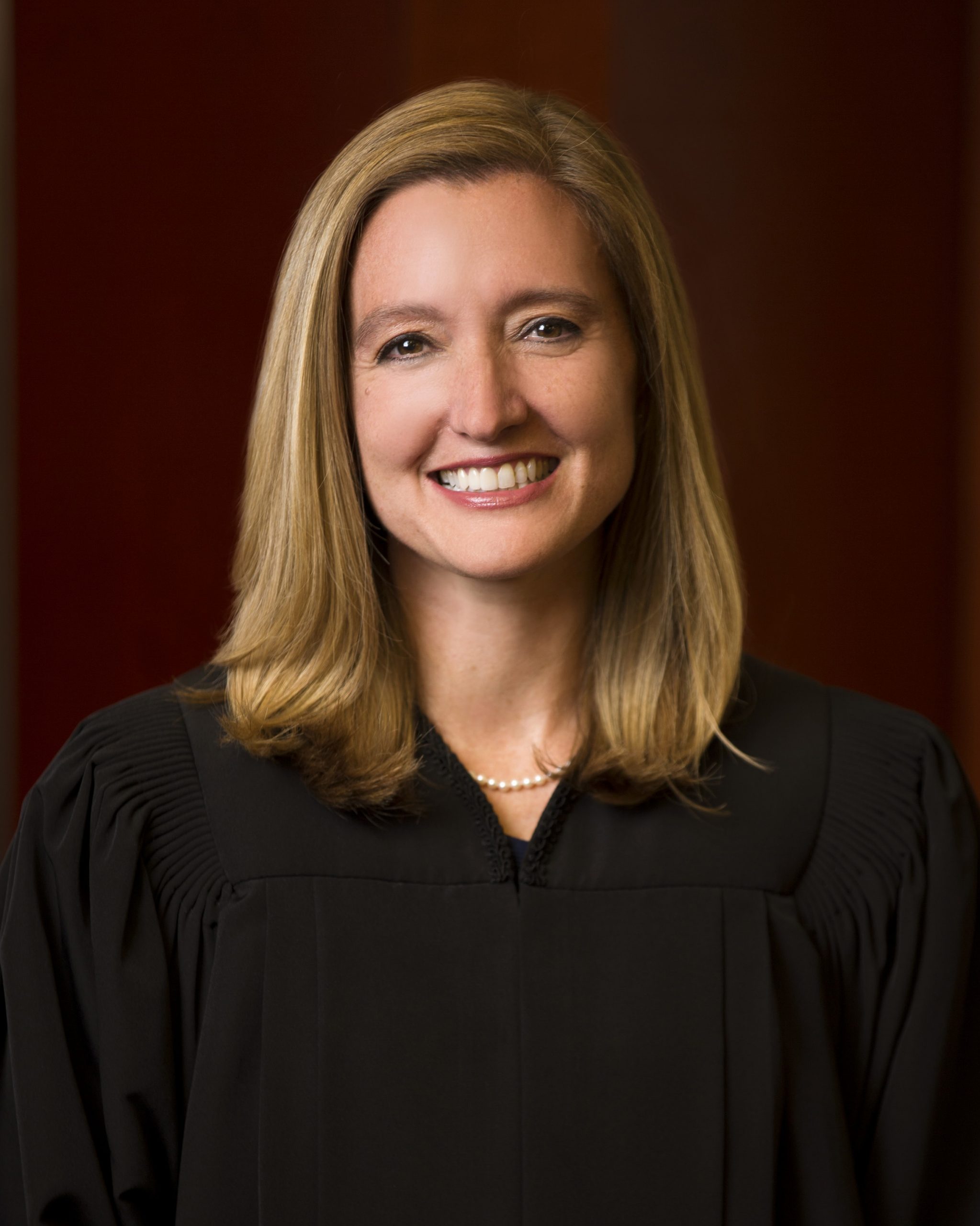 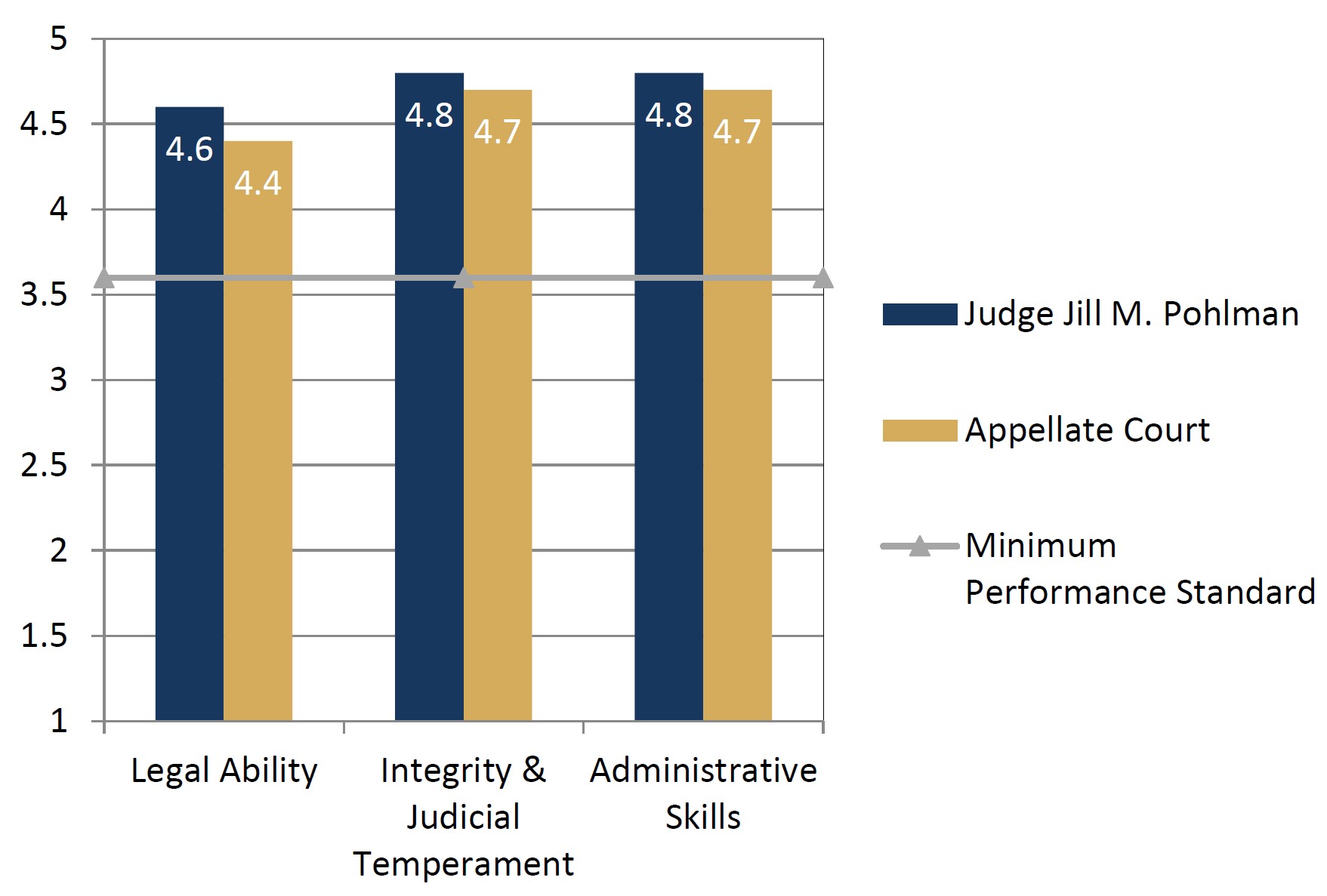 Appointed in 2016, Judge Jill Pohlman’s scores are consistent with her appellate court peers on all minimum performance standards. All forty-four respondents (100%) recommend that Judge Pohlman be retained. Respondents comment that the judge is thoughtful, diligent, and authors well-reasoned opinions. Survey ratings of judicial attributes characterize Judge Pohlman as notably respectful and patient. This judge meets discipline standards set by statute and has been certified by the Judicial Council as meeting all time standards, education requirements, and mental and physical competence standards.

Judge Jill M. Pohlman was appointed to the Utah Court of Appeals in 2016 by Governor Gary Herbert. Prior to her appointment, she was a partner at the law firm of Stoel Rives LLP in Salt Lake City. During her nineteen years there, she maintained a complex civil litigation practice, which included administrative, trial, and appellate work. Judge Pohlman graduated with distinction from the University of Utah and received her Juris Doctorate from the S.J. Quinney College of Law at the University of Utah, where she served on the Utah Law Review and graduated Order of the Coif. Following her graduation, she clerked for Judge David K. Winder of the United States District Court for the District of Utah. Judge Pohlman sits on the Utah Supreme Court’s Advisory Committee on the Rules of Appellate Procedure and the Judicial Council’s Committee on Judicial Outreach. She is also a member of the Utah State Bar Litigation Section executive committee, and she has served on the Utah Supreme Court’s Ethics and Discipline Committee and the Utah Supreme Court’s Diversion Committee.