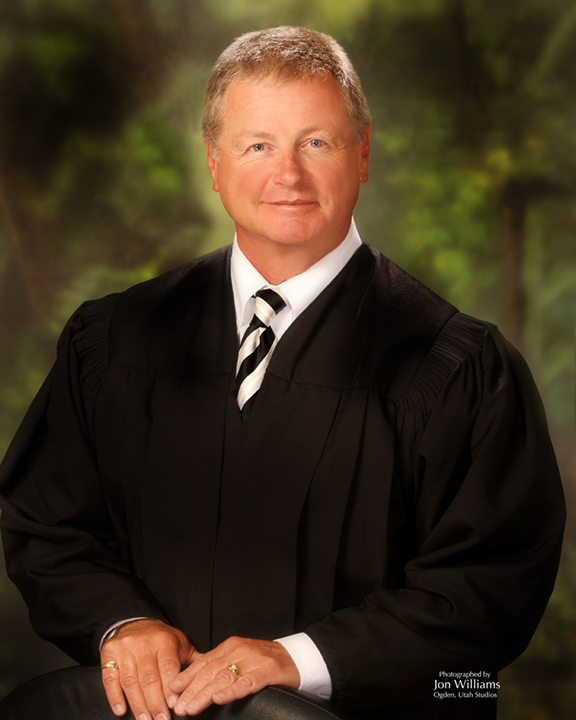 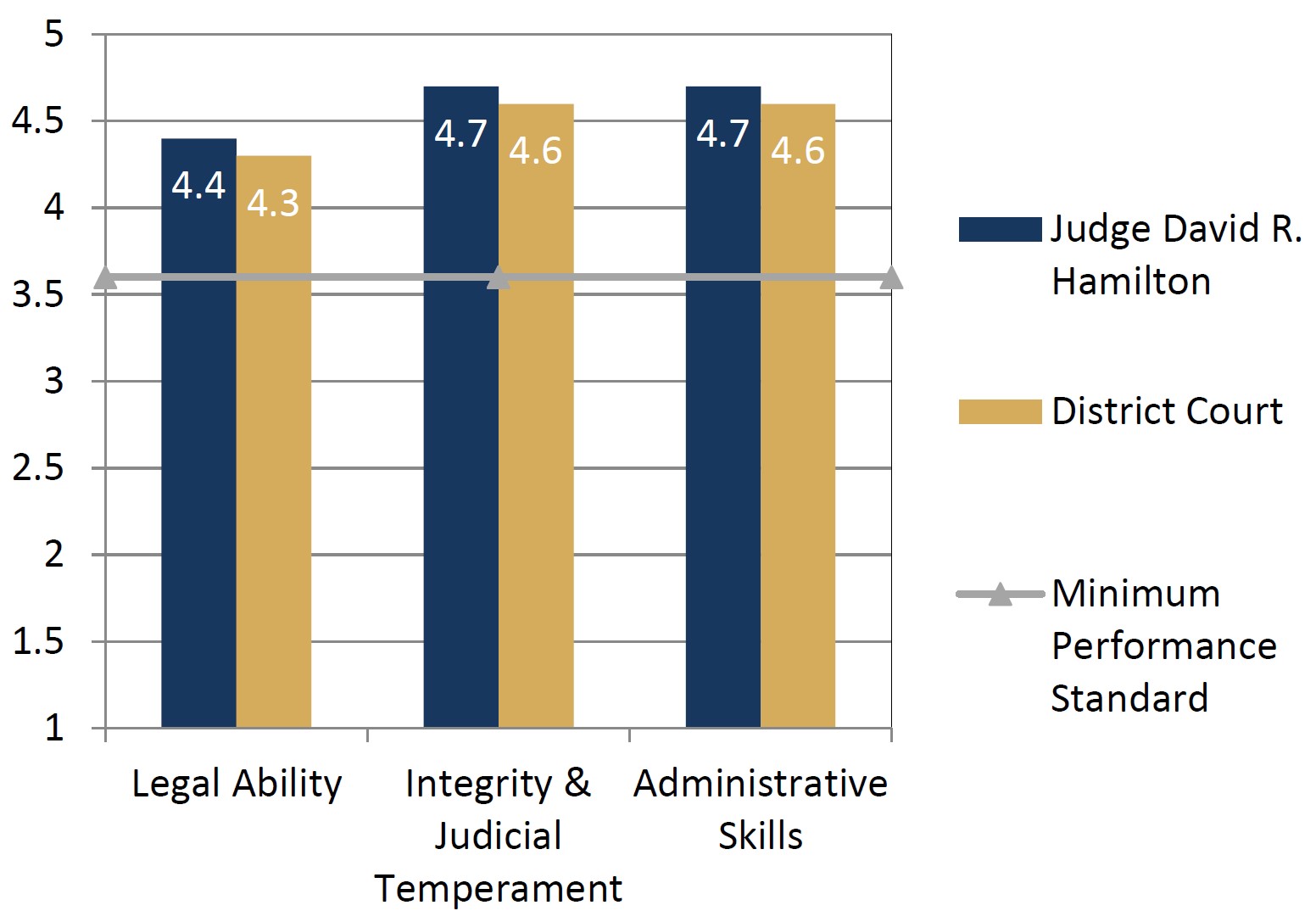 Appointed in 2010, Judge David Hamilton’s scores are consistent with his district court peers on all scored minimum performance standards. Ninety-six percent of survey respondents recommend him for retention. Survey ratings of judicial attributes characterize Judge Hamilton as notably prepared. Respondents describe the judge as professional, approachable, and polite, and they value the judge’s efficient practices and diligence in working with others to help resolve conflicts. They, along with courtroom observers, also admire the judge’s skill in ensuring the understanding of those in court. All observers further report confidence that they would be treated fairly if they were to appear before him. This judge meets discipline standards set by statute and has been certified by the Judicial Council as meeting all time standards, education requirements, and mental and physical competence standards.

Judge David R. Hamilton was appointed to the Second District Court in 2010 by Governor Gary R. Herbert. He earned his bachelor’s degree in 1975 and his law degree in 1978, both from the University of Utah. Judge Hamilton is presently the chairperson of the Uniform Fine and Bail Committee. Prior to taking the bench, Judge Hamilton worked in private practice for 32 years concentrating in litigation and mediation. Judge Hamilton served as the chair of the Utah State Bar’s Fund for Client Protection (Client Security Fund) for more than 10 years. He is a past president of the Weber County Bar Association. The Utah State Bar has awarded Judge Hamilton its Distinguished Service Award.