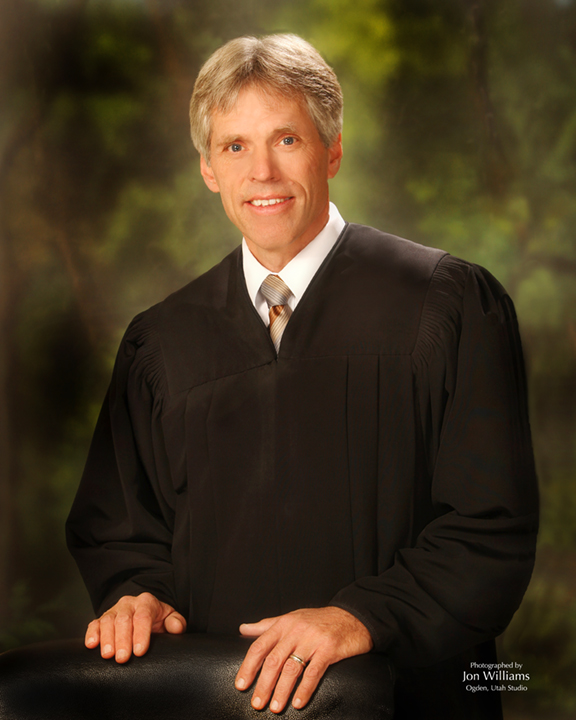 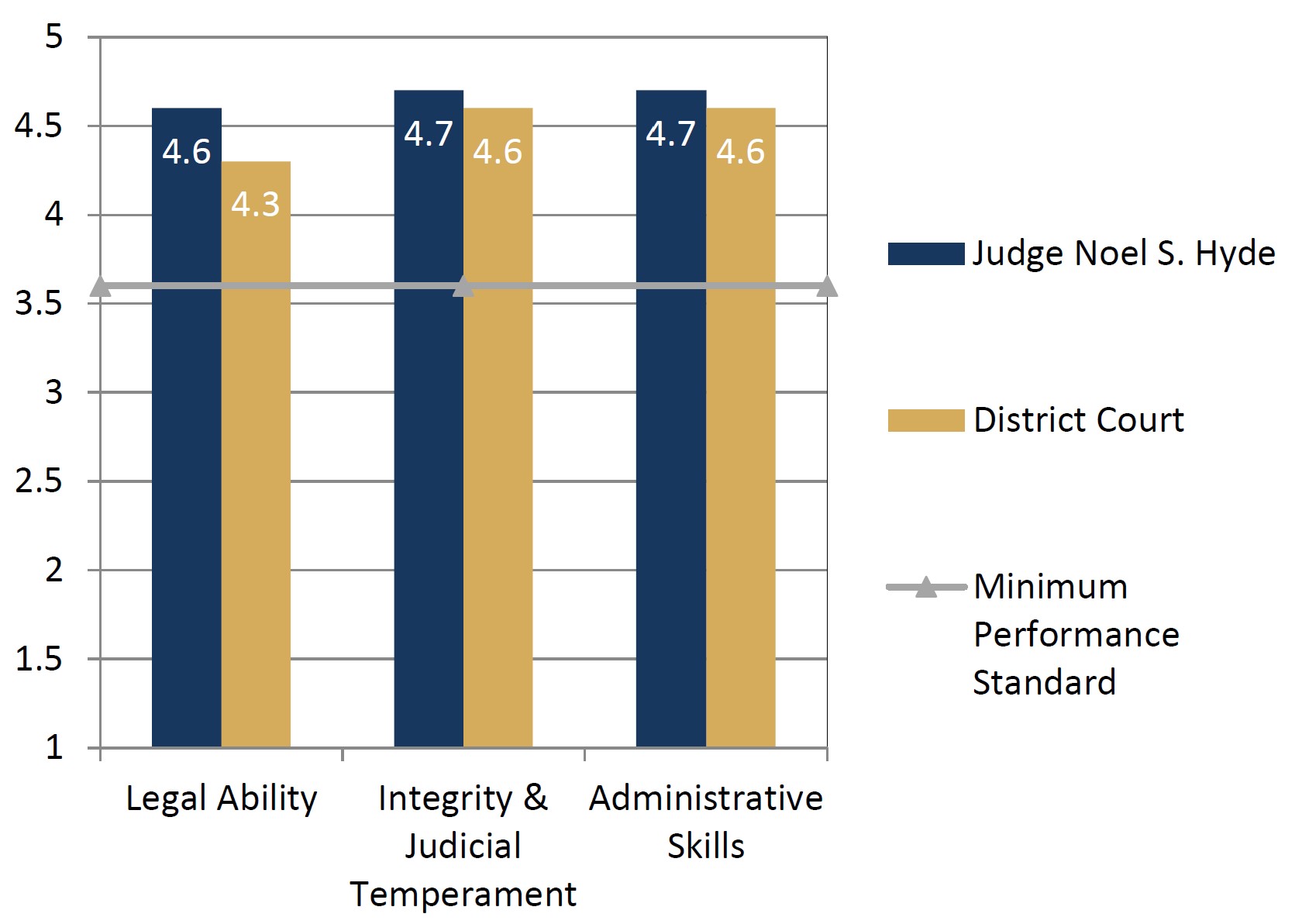 Appointed in 2010, Judge Noel Hyde’s scores are statistically above the average of his district court peers on legal ability and consistent with his peers on all other scored minimum performance standards. Ninety-five percent of survey respondents recommend him for retention. Respondents appreciate the judge’s excellent legal skills, professionalism, and caring demeanor. In particular, survey ratings of judicial attributes indicate Judge Hyde is attentive, ethical, and knowledgeable. Respondents and courtroom observers describe the judge as fair, bright, and diligent. Some respondents, and one observer, offer constructive suggestions to improve the judge’s performance, mostly focusing on communication skills. All observers report confidence that they would be treated fairly if they were to appear in Judge Hyde’s court. This judge meets discipline standards set by statute and has been certified by the Judicial Council as meeting all time standards, education requirements, and mental and physical competence standards.

Judge Noel S. Hyde was appointed to the Second District Court in July 2010 by Gov. Gary R. Herbert. He serves primarily Morgan and Weber counties. Judge Hyde received a law degree from Brigham Young University. Prior to his judicial appointment, Judge Hyde worked as a sole practitioner for nine years in South Ogden, emphasizing business bankruptcy and complex commercial litigation. He also handled domestic cases and business reorganization matters for 19 years with the firm of Nielsen & Senior in Salt Lake City and Ogden. Judge Hyde is a member of the American Bankruptcy Institute and the Commercial Law League of America, and was a charter member and past president of the Utah Bankruptcy Lawyers Forum. He currently serves as a tax court judge, has served as a member and past chair of the Board of District Court Judges and presides over the Weber County Mental Health Court.