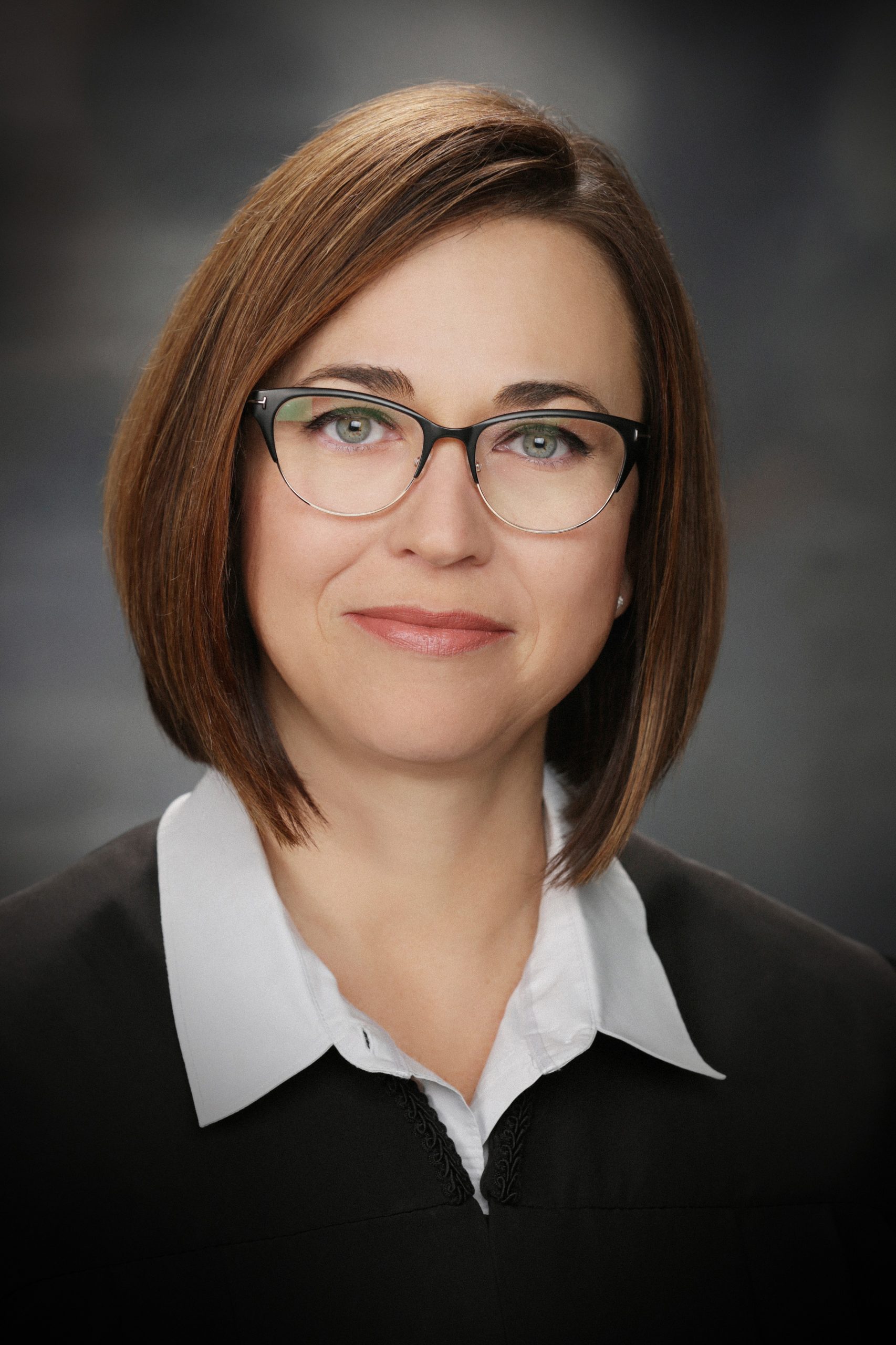 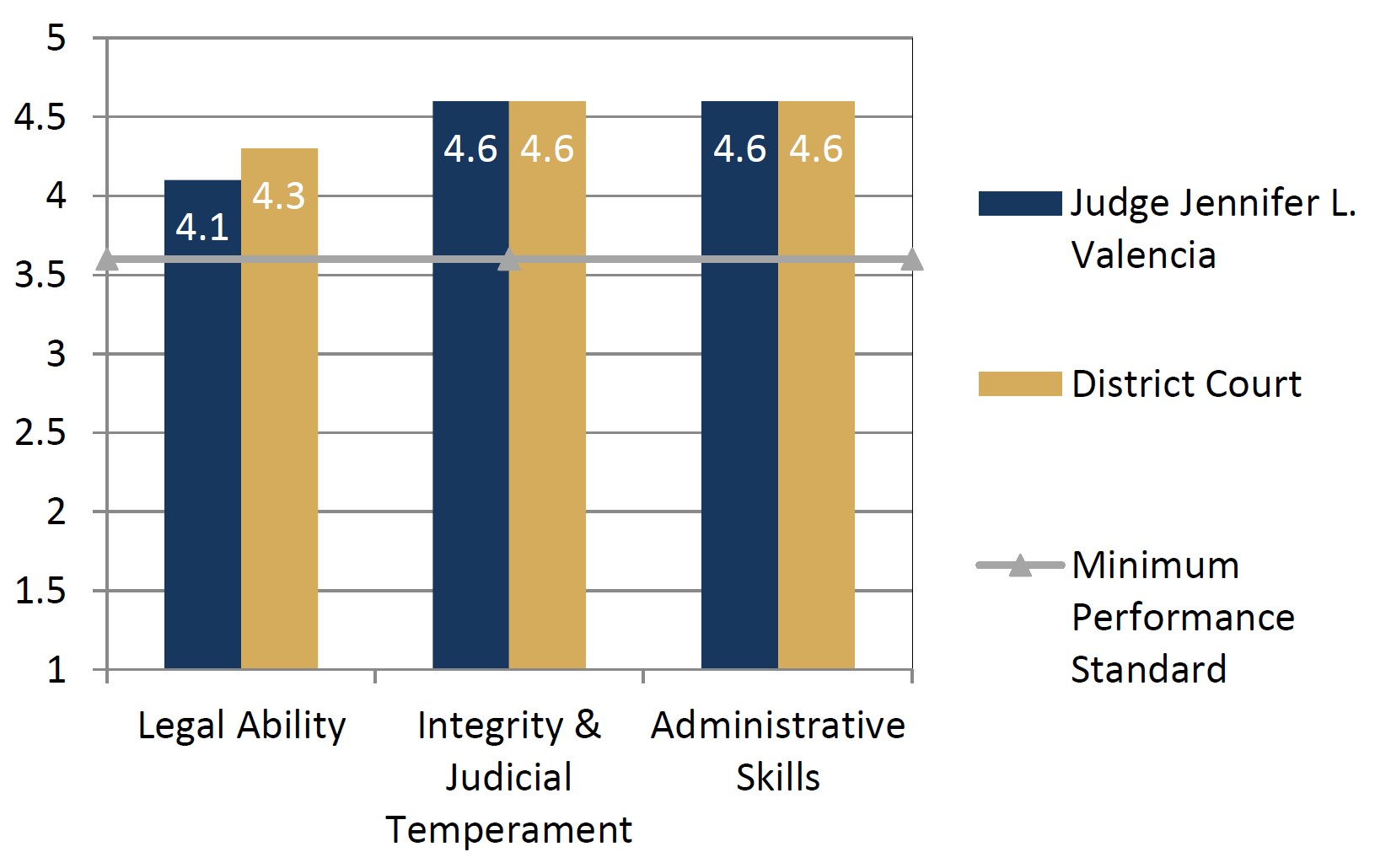 Appointed in 2017, Judge Jennifer Valencia’s scores are consistent with her district court peers on all minimum performance standards. Eighty-seven percent of survey respondents recommend her for retention. Respondents and courtroom observers find the judge exhibits fairness through her even-handedness. They praise the judge’s thoughtfulness and willingness to listen to and consider all arguments. However, some respondents suggest that the judge could improve her legal abilities, especially in civil areas of the law. All court observers report confidence that they would be treated fairly if they were to appear in Judge Valencia’s court. This judge meets discipline standards set by statute and has been certified by the Judicial Council as meeting all time standards, education requirements, and mental and physical competence standards.

Judge Jennifer L. Valencia is the first female appointed to the Second District Court Bench by Governor Gary R. Herbert and confirmed by the Utah State Senate, in May 2017. She serves Davis, Morgan and Weber Counties. Judge Valencia received a Bachelor of Arts degree in Political Science from Weber State University in 1994 and a Juris Doctorate from the University of Utah in 1997. Prior to her appointment to the bench, she served as an Assistant Utah Attorney General, a Salt Lake County Deputy District Attorney, and the director of the Utah Sentencing Commission. She served on various committees on behalf of the Commission on Criminal and Juvenile Justice and on the Executive Committee of the National Association of Sentencing Commissions. Judge Valencia currently serves as a member of the Uniform Fine and Bail Committee and will preside over one of two Drug Courts in Weber County.

*The Commission’s vote included one abstention.