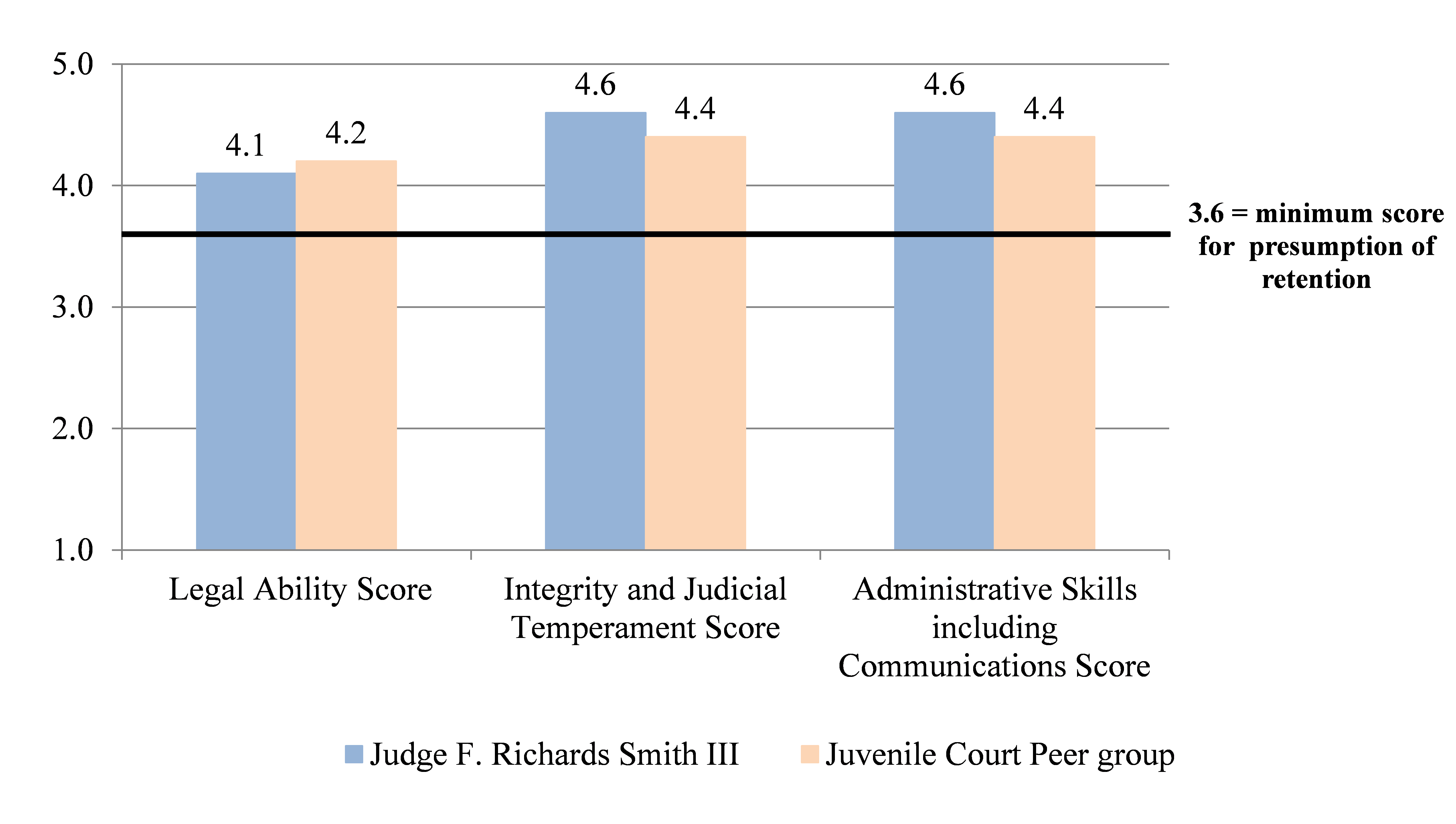 Appointed in 2012, Judge F. Richards Smith scores above the average of his juvenile court peers in integrity and judicial temperament, and consistent with the average of his peers in all other survey categories. Most survey respondents and all observers agree that he shows caring and concern for the juveniles and families in his court, simultaneously projecting authority, kindness, and respect. From a list, survey respondents select 97% positive words to describe him. Most survey respondents and all courtroom observers view Judge Smith as an attentive and patient listener, though some respondents report that his time management causes unnecessary courtroom delays. All courtroom observers would feel comfortable appearing before Judge Smith, noting his skill in communicating with juveniles and his sensitivity in delivering firm sentences. Of 76 survey respondents answering the retention question, 71 (93%) recommend that Judge Smith be retained.

The commission reviewed surveys and courtroom observation reports in addition to verifying that Judge Smith has met all time standards, judicial education requirements, and discipline standards established by the judicial branch.

Judge F. Richards Smith was appointed to the Fourth District Juvenile Court in 2012 by Governor Gary Herbert. He is a board-certified Child Welfare Law Specialist by the National Association of Counsel for Children. Prior to taking the bench, Judge Smith worked as director of the Office of Guardian ad Litem; an attorney for that office; and in private and corporate law practices. He earned his law degree from the J. Reuben Clark Law School at BYU. He serves on the Board of Juvenile Court Judges and Court Improvement Program Committee, and previously served on Governor Huntsman’s Child and Family Cabinet Council and various committees and boards. He was named 2004 Child Advocate of the Year by the Utah County Abuse Council.