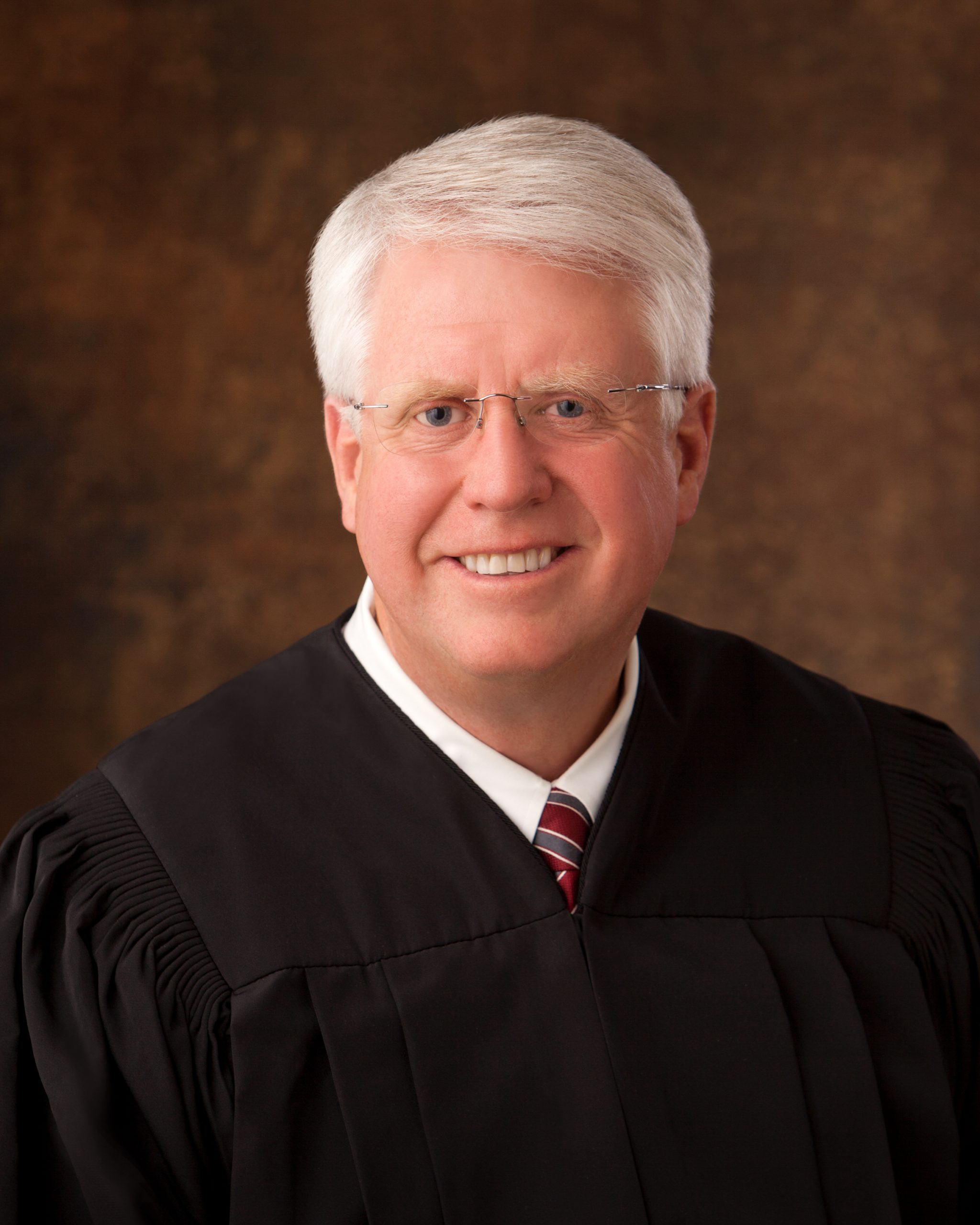 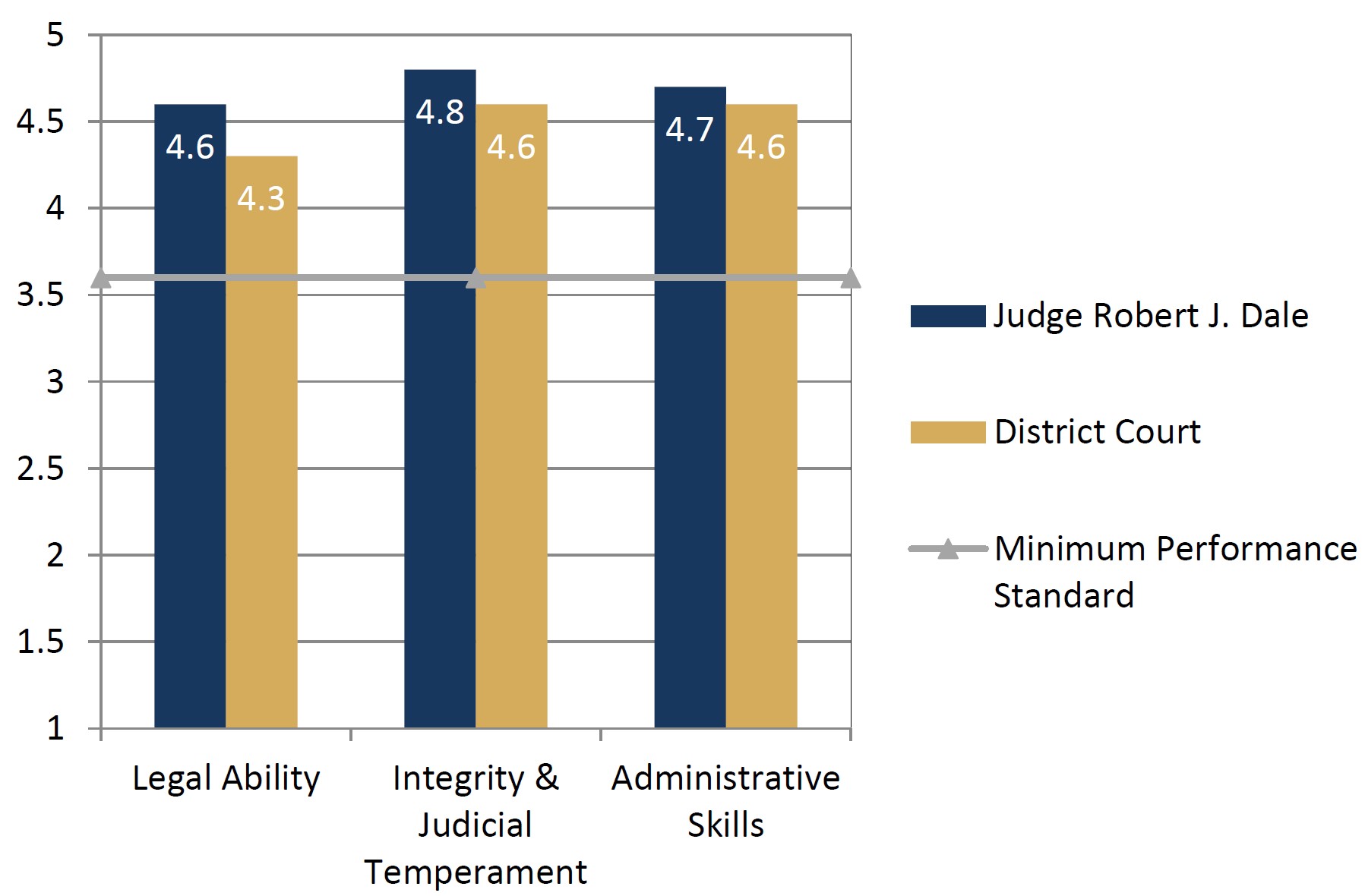 Appointed in 2010, Judge Robert Dale’s score are statistically above the average of his district court peers on legal ability and procedural fairness, and consistent with his peers on all other scored minimum performance standards. Ninety-eight percent of survey respondents recommend him for retention. They praise the judge for his calm demeanor, thoughtful decisions, and his skillful explanations. Survey ratings of judicial attributes indicate Judge Dale is particularly open-minded as well as characterize him as notably respectful. Court observers compliment the judge for his consistent application of procedures and sensitivity to people’s needs, and all report confidence that they would be treated fairly if they were to appear in Judge Dale’s court. This judge meets discipline standards set by statute and has been certified by the Judicial Council as meeting all time standards, education requirements, and mental and physical competence standards.

Judge Robert J. Dale was appointed to the Second District Court by Governor Herbert in 2010. Judge Dale earned his Bachelor of Arts degree in 1972 from the University of Utah, graduating magna cum laude and Phi Beta Kappa, and his law degree in 1976, having served on the Law Review and graduating Order of the Coif (top 10%). He litigated in private practice law firms, serving on their boards, for over thirty years. He also served on, among others, the Layton City Planning Commission, the Utah Real Estate Division Committee for drafting state-approved real estate forms, and the Utah Wildlife Federation Board of Directors.