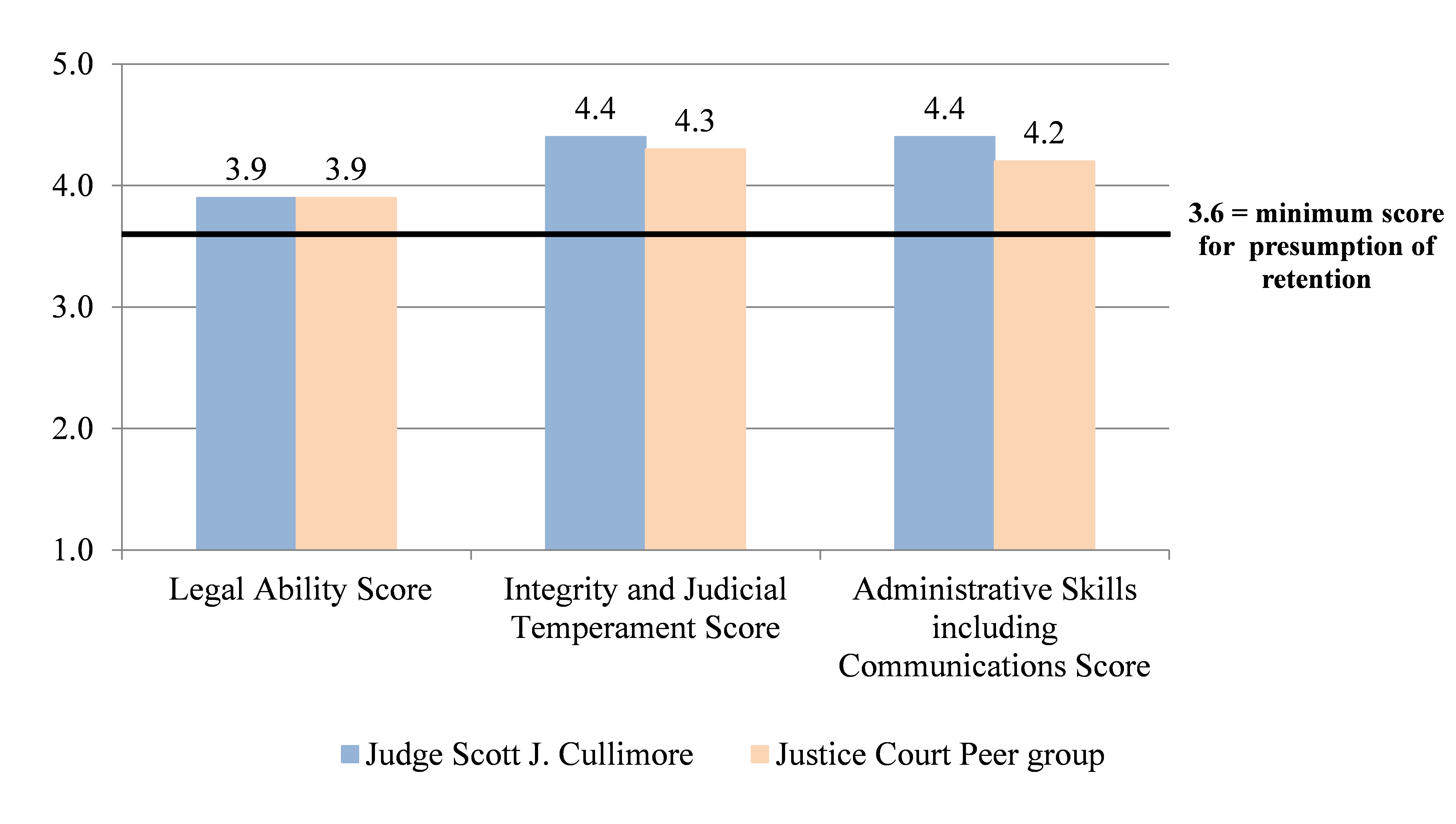 Appointed in 1996, Judge Scott Cullimore receives survey scores consistent with the average of his justice court peers in all categories. Survey respondents highlight his professional and constructive interactions with courtroom participants, noting that he treats everyone with equal respect. Respondents choose 95% positive adjectives from a list to describe Judge Cullimore. Courtroom observers all report they would feel comfortable appearing before him. Observers note that he shows interest in hearing from defendants, encouraging them to speak up, and that he consistently offers careful explanations to them. Of survey respondents answering the retention question, 87% recommend retention for Judge Cullimore.

The commission reviewed surveys and courtroom observation reports in addition to verifying that Judge Cullimore has met all time standards, judicial education requirements, and discipline standards established by the judicial branch.

Appointed to the Utah County Justice Court in 1996, Judge Scott J. Cullimore graduated from Brigham Young University with a degree in criminal justice. Prior to his appointment to the bench, he worked as a supervisor for Adult Probation and Parole. He has also served as a Correctional Officer at the Utah State Prison, a Driver’s License Examiner for the Department of Public Safety, and a Field Investigator for the Department of Assistance Payments. He served on the Advisory Board of Adult Probation and Parole, as a councilman for Lindon City, and as Mayor of Lindon City. Judge Cullimore received the Justice Court Judge of the Year Award in 2003. He currently serves on the Fourth District Criminal Justice Round Table.