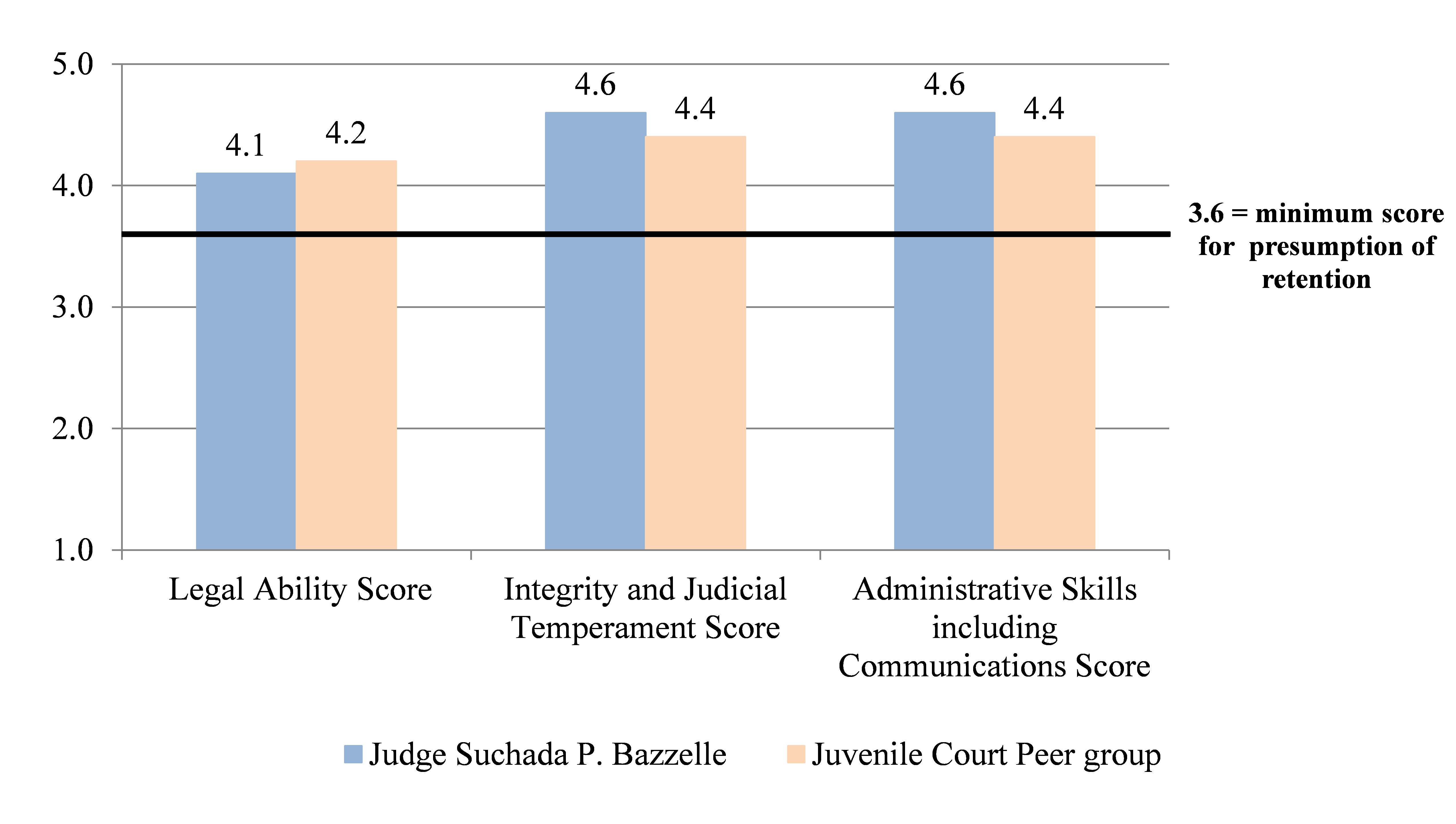 Survey respondents and courtroom observers describe Judge Suchada Bazzelle as an intelligent, confident, and diligent judge, sincerely concerned with the welfare of youth and families appearing in her courtroom.  Appointed to the bench in 2007, Judge Bazzelle scores on average with her juvenile court peers in most survey categories, excelling in the category of integrity and judicial temperament.  Survey respondents report that Judge Bazelle holds individuals accountable for their actions, issues well-grounded, thoughtful decisions, and efficiently administers a busy court calendar.  They characterize her as empathetic and compassionate but stern when necessary.  From a list, survey respondents choose 97% positive adjectives to describe her.  All courtroom observers indicate they would feel comfortable appearing before her. Of survey respondents answering the retention question, 93% recommend that Judge Bazzelle be retained.

The commission reviewed surveys and courtroom observation reports in addition to verifying that Judge Bazzelle has met all time standards, judicial education requirements, and discipline standards established by the judicial branch.

Judge Suchada P. Bazzelle was appointed to the Fourth District Juvenile Court in January 2007 by Governor Jon M. Huntsman, Jr.  Judge Bazzelle graduated from the University of Colorado with a degree in journalism and received a law degree from Brigham Young University in 1994.  She practiced family law and litigation until 1998 and then served as the Director of Legal Education for Westminster College from 1997-2000. Judge Bazzelle began working as a volunteer Guardian ad Litem in 1997 and joined the Office of the Guardian ad Litem in 2000, where she served until her appointment to the bench.  Judge Bazzelle has chaired the Board of Juvenile Court Judges and currently serves as the Presiding Judge of the Fourth District Juvenile Court.